Chiropractic | Why Dr. Shaun Chose to be a Chiropractor

Home/Uncategorized/Chiropractic | Why Dr. Shaun Chose to be a Chiropractor
Next

Chiropractic | Why Dr. Shaun Chose to be a Chiropractor 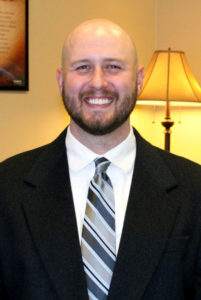 Many youth in small towns are ready to move away and do bigger and better things with their lives. This was no different for Dr. Shaun Roach as a young adult. He grew up in Ringgold all his life, and his plans were to move away and never look back on the town that molded him into the person he is today.

When Dr. Shaun was attending Ringgold High School, he didn’t know exactly what he wanted to do for a career. He did know that it wouldn’t be in Ringgold, or so he thought. After graduating from Ringgold in 2001, He decided to attend Dalton State College to give him time to decide what to do. During the summer of 2001, he began receiving chiropractic care from Dr. David Smith for back pain. After several visits, Dr. Shaun began seeing improvement not only in back pain, but also overall health. He states, “I used to get sick for a week every year. When I started receiving adjustments, my body started to feel so much better.” After many questions about chiropractic to Dr. Smith, Dr. Shaun decided that chiropractic was the path he was meant to pursue.

After one year at Dalton State College, Dr. Shaun decided it was time to move to Marietta and begin his undergraduate degree at Life University. He went on to receive a Bachelor of Science in Nutrition and a Doctor of Chiropractic Degree. After many months of deciding where to move to begin his chiropractic career, Dr. Shaun and his family decided to move back home to Ringgold. He began where it had all started for him a decade earlier. He joined Dr. Smith’s team and never looked back. When asked, what made him want to move back, he stated, “It is a wonderful place to raise a family and a great location. I guess it is true, home is where the heart is.

About the Author: admin

Chiropractic | Why Dr. Smith Chose to be a Chiropractor